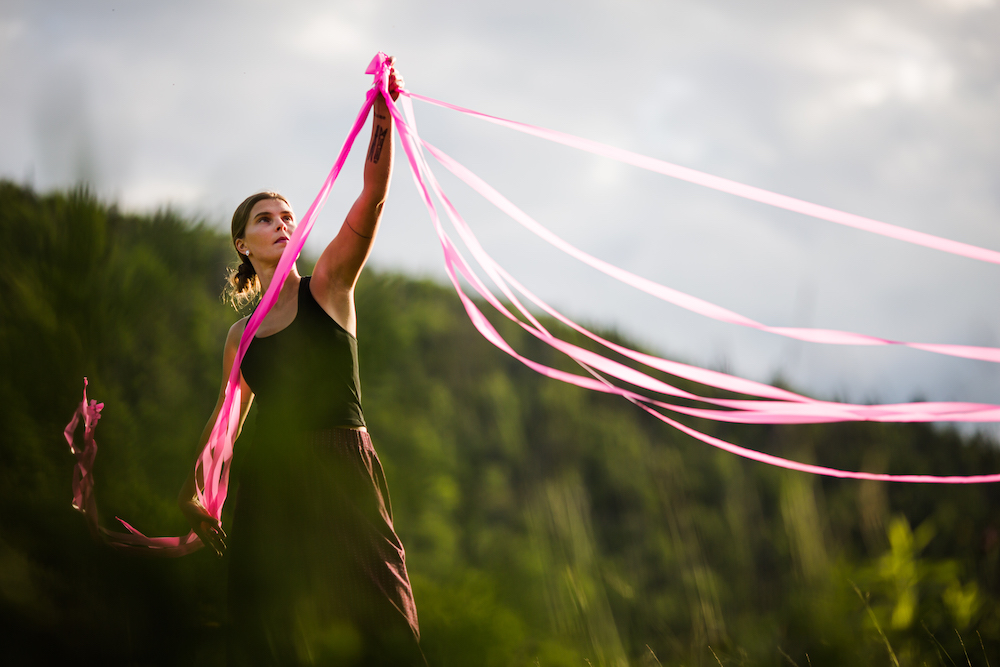 IOTA Studio Gallery is excited to announce our new partnership with artist Meagan Musseau! Meagan is a Mi’kmaw (L’nu) artist from Elmastukwek, Ktaqmkuk (Bay of Islands, NL). She nourishes an interdisciplinary practice by working with customary art forms and new media, such as basketry, beadwork, land-based performance, video and installation.

Meagan is currently working on the third piece in her performance triptych, titled ‘Interrelation: Maqtukwek’. The triptych is a series of land-based endurance performances with previous performances on Sacred Buffalo Guardian Mountain, Treaty 7 Territory (Banff, AB) and on Wolastoqiyik territory (Fredericton, NB).

We will be showing you new artwork and documentation from ‘Interrelation: Maqtukwek’ in the next few days. In the meantime, you can see Meagan Musseau’s full bio on our artist page.