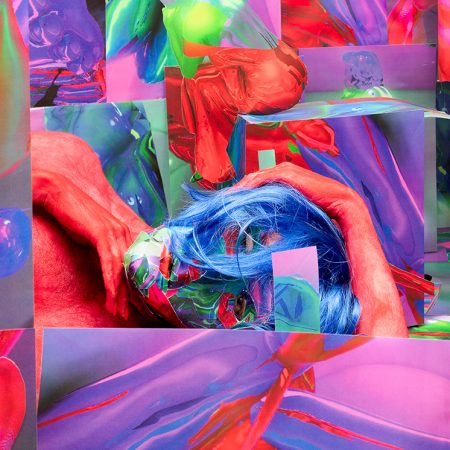 Séamus Gallagher is a non-binary media artist originally from Moncton, New Brunswick and currently based in Halifax, Nova Scotia. They often work in photography and virtual reality, focusing on queer culture through the use of computer technologies. They are a recent NSCAD University graduate with a double major in Photography and Expanded Media (BFA 2019). Their work has shown in exhibitions and festivals across Canada, as well as in Los Angeles, and Switzerland.

Gallagher’s interest in recent years has been combining elements of drag and video games, examining the fantastical embodiment integral to each art form. They have developed a process of digitally modelling drag-influenced masks, costumes, headpieces, and breastplates which they then convert into paper templates to construct physically. Throughout their recent photography, video, and virtual reality work, they have heavily incorporated these paper models as a means of integrating digital aesthetics into a physical space.

Gallagher’s most recent bodies of work include “haus of haraway”, a virtual reality project completed in 2018. The project has been exhibited at the Locarno Film Festival, the Halifax Independent Filmmakers Festival, the Lunenburg Doc Fest, and was selected as the regional winner for the 2019 BMO 1st Art! Award. Gallagher has been the recipient of many awards and scholarships, such as the 2018 Starfish Student Awards, the 2018 Roloff Beny Scholarship, and the 2017 AIMIA | AGO Photography Scholarship. They were also recently longlisted for the 2019 Scotiabank New Generation Photography Award. 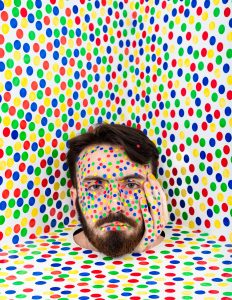 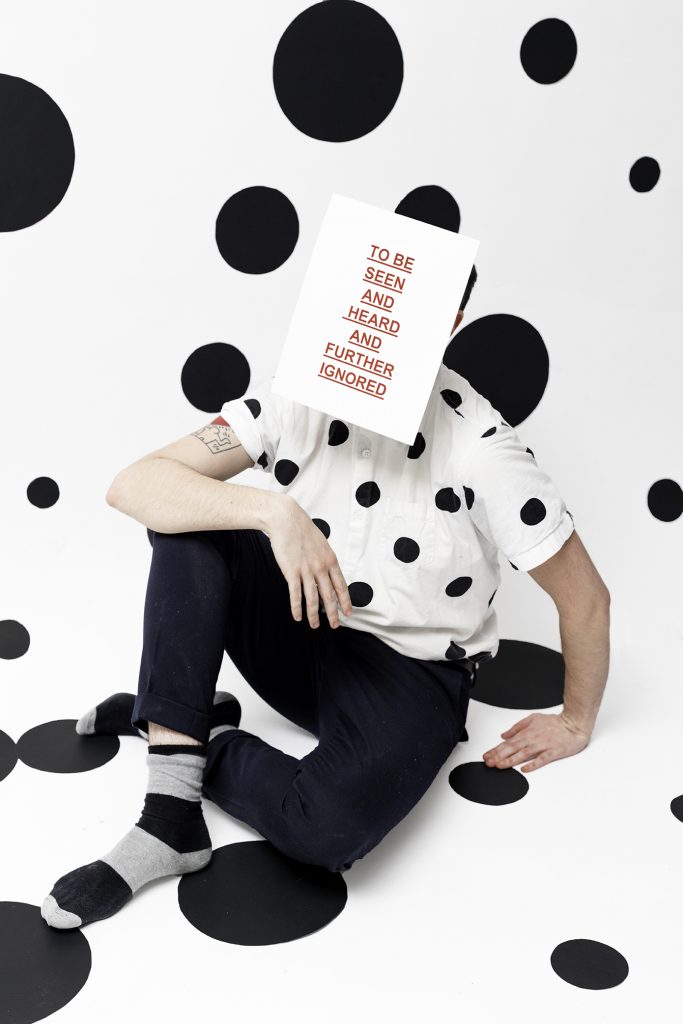 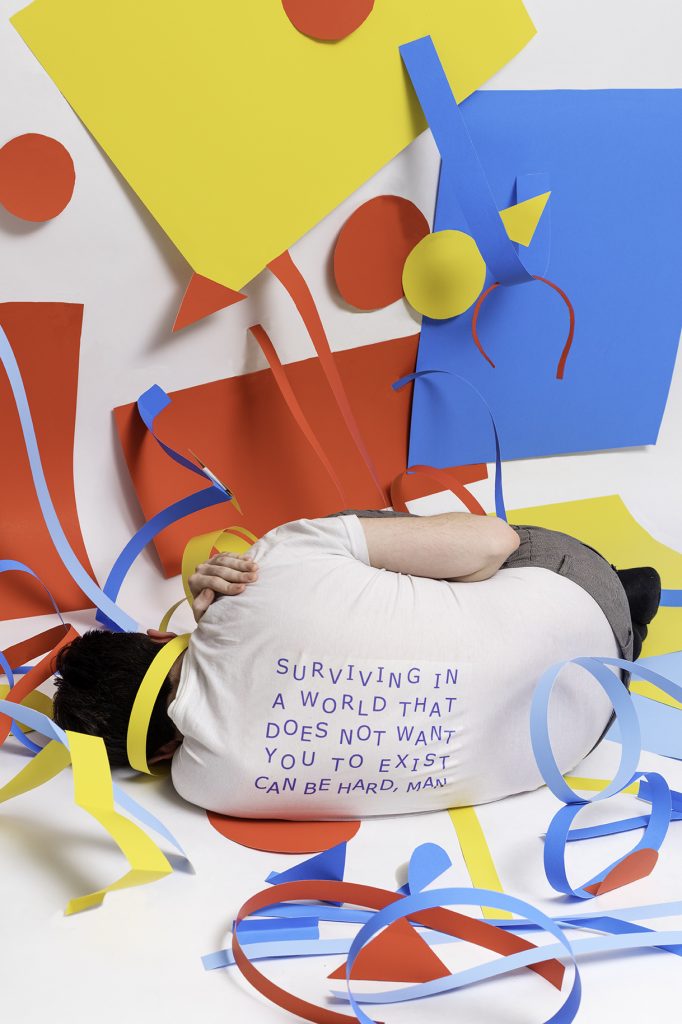 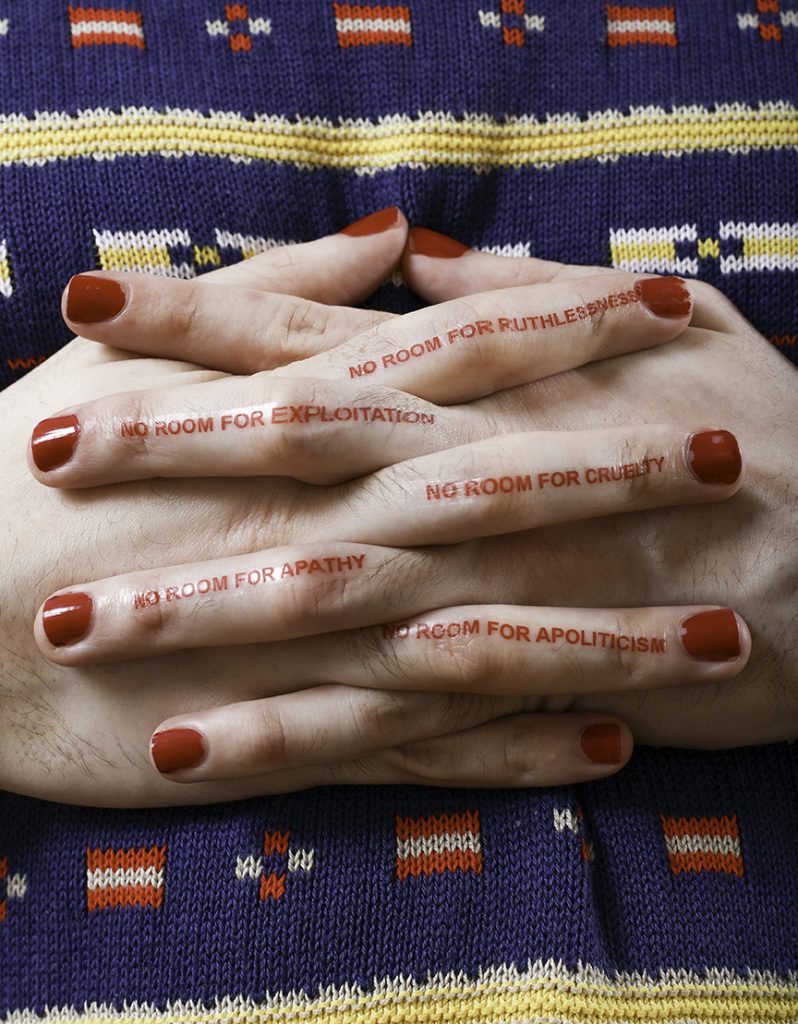 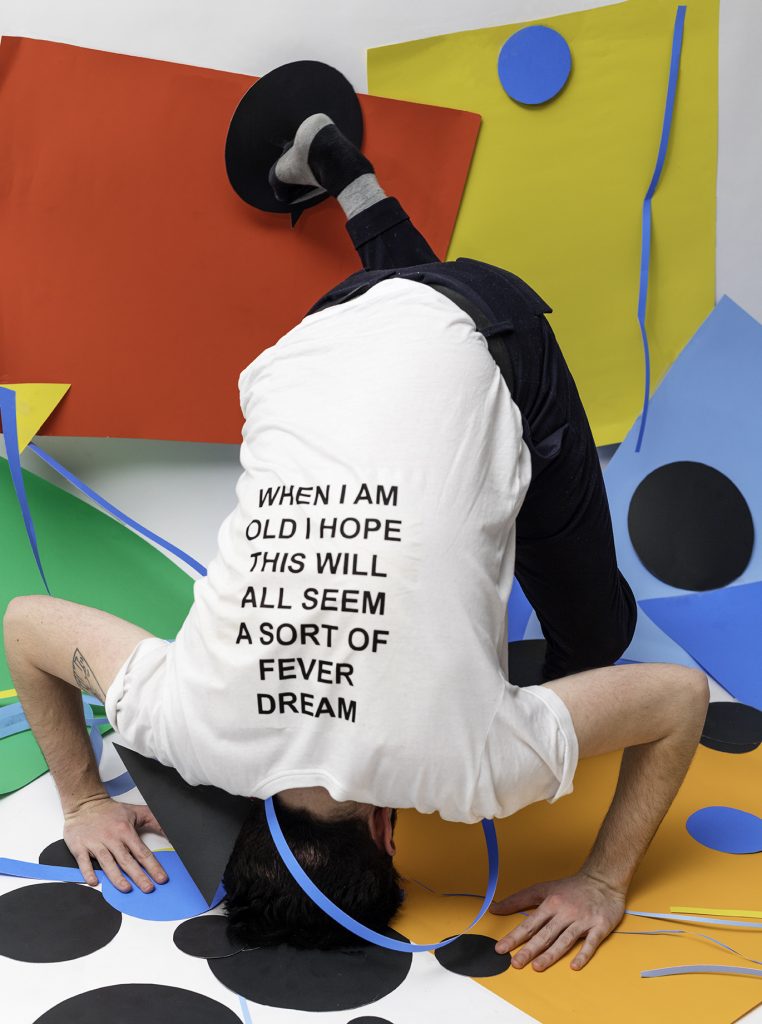 Artworks in the IOTA Studio Gallery