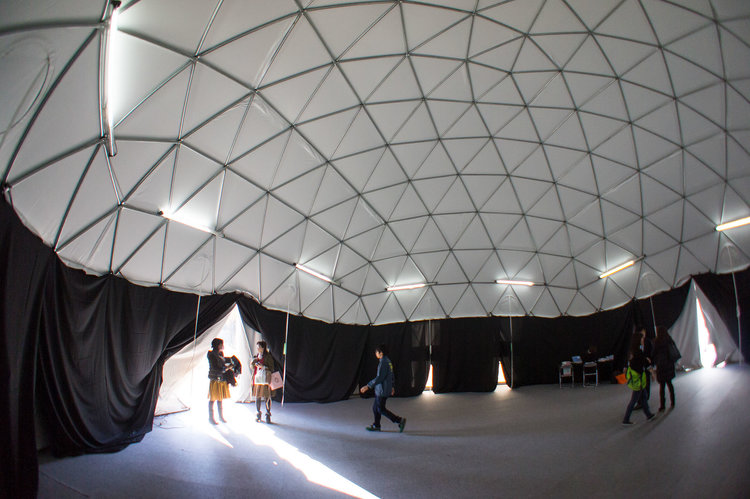 IOTA: ARC presented a 15-min stop-motion, sound and video piece conjuring a technologically altered, large-scale beehive. This Immersive Experience was created by Halifax-based artist Ruth Marsh in the form of a 360 degree video original music with sound design by musician Jeremy Costello. The new work titled Cyberhive, was presented by IOTA Institute October 3, 2018 at the Sea Dome in Halifax, Nova Scotia and was supported via a 3-month artist residency with the support of technical director Nick Iwaskow.

This Immersive Experience created by Ruth Marsh is a 15-min stop-motion, 360 degree video with original music and sound design by Jeremy Costello. The new work is presented by IOTA Institute and was supported via a 2-month artist residency in the Seadome.

Ruth Marsh is a Canadian multidisciplinary artist of settler ancestry based out of Kjipuktuk (Halifax, NS, Canada). Their work employs an absurdist and often comically deadpan approach to address absence, longing, memory and healing both in bodies and environments. Ruth is interested in exploring the ways in which modalities of labour can translate into enacted care: exertion as meditation, repetition as litany, effort over time as love.

For several years, Marsh has been creating a series of artworks which focus specifically on bee disappearance. Summoned through an ongoing public call, hundreds of found, dead bees are sent through the mail to their Halifax studio from individuals across Canada. Once received, the bees are taxidermically preserved and meticulously repaired using discarded technology. The newly refurbished bees are then revived, frame-by-frame, through the process of stop motion animation. Approaching this work from a perspective which is part cyber-punk mad-scientist and part devoted repair technician, Ruth’s work mindfully employs techniques which mirror bee life itself to build a wry vision of a future wherein all bees have perished due to human causes.

Since graduating from the Nova Scotia College of Art and Design in 2006, Ruth Marsh’s practice has spanned painting, drawing, taxidermy, video, performance, installation and stop-motion animation. Their work has been shown in galleries, museums and festivals in Canada and the US including The Confederation Centre of the Arts (Charlottetown, PE), The New Gallery (Calgary, AB) and Locomoción Experimental Animation Film Festival (Mexico City, Mexico). 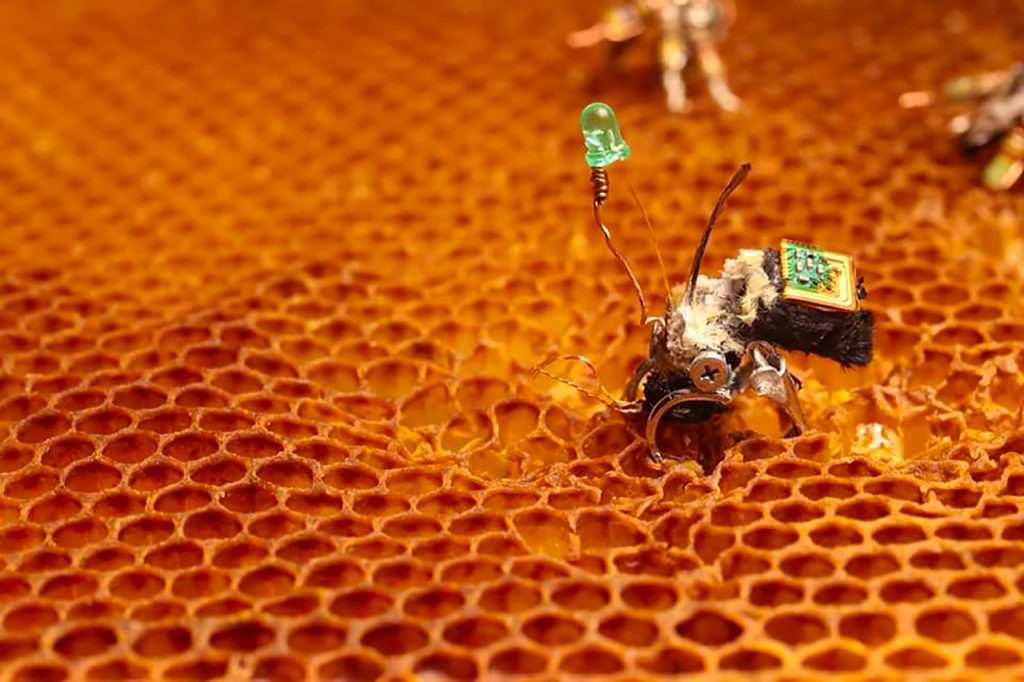 A Critical Essay about Ruth Marsh’s residency and immersive artwork by writer, curator and artist Julia McMillan, will be published in an e-publication.