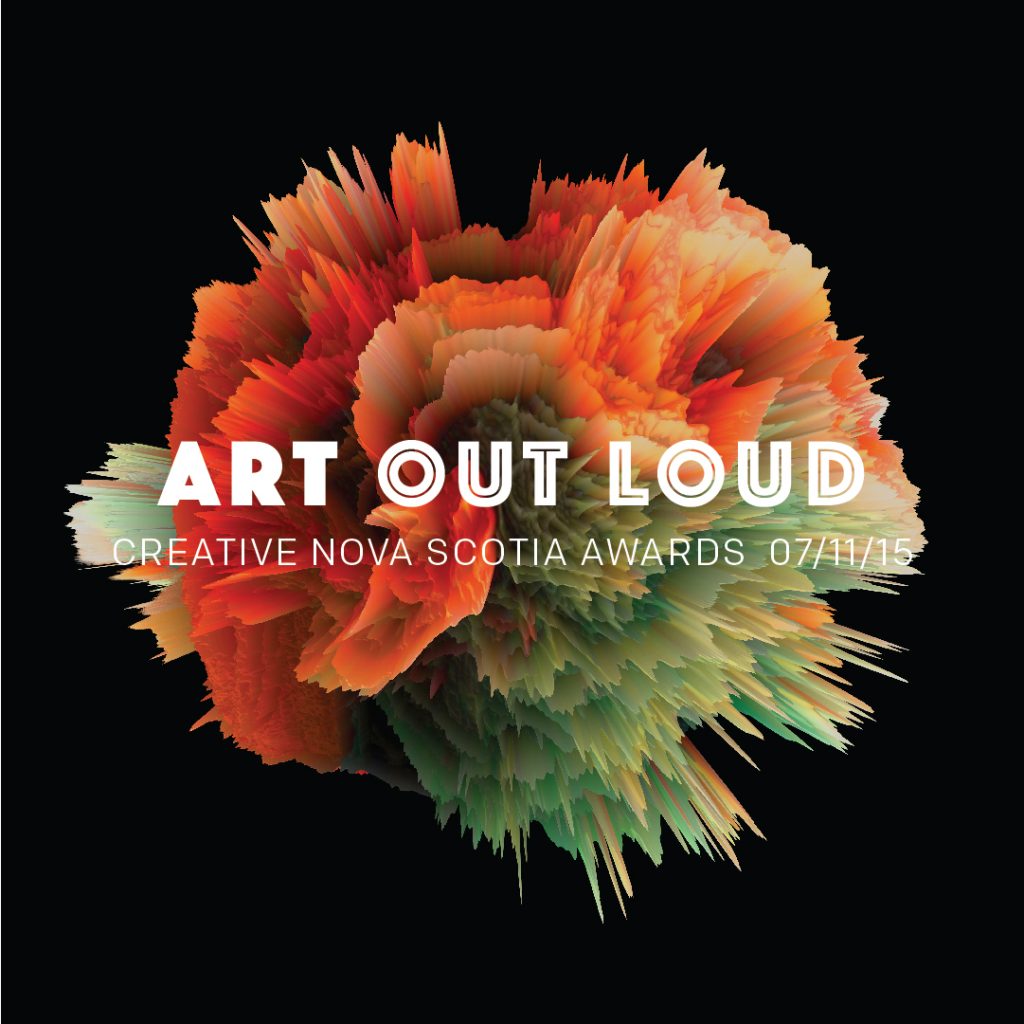 Presented by Arts Nova Scotia and the Creative Nova Scotia Leadership Council, the annual gala was held at the Halifax Central Library November 7th, 2016 in recognition of the beautiful new space and adding a twist to this year’s theme – Art Out Loud. Artistic Directors Mireille Bourgeois (IOTA) and Jeremy Webb (Off The Leash Creative) helped honour award finalists and winners whose actions speak louder than words. They invited a group of the most talented artists for a dynamic evening, representing pioneers of the Nova Scotia arts and culture sector for the 2015 Creative Nova Scotia Awards Gala, celebrating: The Prix Grand Pré, Established Artist Recognition Awards, Community Arts and Culture Recognition Award, Lieutenant Governor of Nova Scotia Masterworks Award, and the Portia White Award. The full award recipient results can be found on the Arts Nova Scotia website HERE.

The theme, Art Out Loud, reflected the award finalists and winners who work tirelessly, sometimes against serious obstacles, dedicating their lives towards a career in the cultural industry. Over twenty talented artists were invited to participate in the evening’s event, offering collaborative artistic expression that showed the diversity of artistic vocation in the province; visual, media, performance, light and sound designer, craft and installation were included to perform and present their work throughout the evening adding to the vigor of the thematic, emphasizing that Art is Out Loud.  Audience members were invited to join the event for free, and encouraged to dress according to the theme: as LOUD as possible.

Hannah Levin McGrath (Installation Artist, Durational Performance). McGrath held a performance and installation on the first floor of the Library behind the staircase during the event prior to the Gala ceremony. Her installation was extended between November 8th and November 14th, and was on view during library hours. She gave a performance and artist talk at the Halifax Central Library for the 12th of November.

Annie Onyi Cheung, Artist, Staircase Video Projection. Cheung installed a 3-projector installation on the architectural scape of the staircase which was viewed prior to the Gala ceremony, and also had a video projection on the second floor of the Library between November 8th and November 14th, on view at night from the exterior of the library. She gave an artist talk at the Halifax Central Library for the 12th of November.

Film and Video Program: Emerging curators Mollie Cronin, Amanda Shore (with the support of mentor James MacSwain) curated a film and video screening and installation by regional filmmakers showcasing experimental and narrative works for viewing prior to the gala ceremony as well as throughout the gala event itself. Filmmakers: Ruby Boutilier, Jan Peacock, Raghed Charabaty, and Beck Gilmer-Osborne.

Pop-Up Gallery: Sara Roth (with the support of mentor Susan Hanrahan) curated a Pop Up Craft Gallery Exhibition viewable prior to the Gala ceremony, that included a variety of pieces by talented Nova Scotian artists and crafters: Kara Highfield, Randy Mugford, Mariko Paterson, and Caitlyn Purcell. The pop-up exhibition invited audience members to view and purchase an original piece of art.

Music and Gala introduction: Cellist Benjamin Marmen and his trio performed a dynamic musical quartet to fire up the audience prior to the ceremony and accompanying the art installations. Cory Bowles was the videographer for the ceremony introduction video which featured representatives from the arts community as well as from awards.

Micro-interviews with participating artists were released every few days leading up to the Gala event.