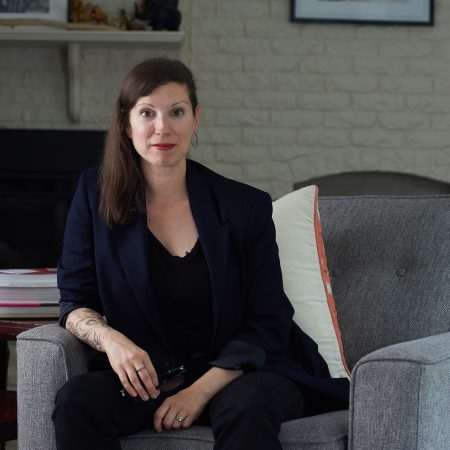 In addition to presenting in conferences and symposiums through Canada, Bourgeois has travelled through England, Scotland, and Germany for independent research and curatorial scouting (2006-2009), took part in an Embassy of France media arts research trip to Marseille, Nantes, Paris, Metz (2010), participated in the HospitalField Arts residency program (2014) in Dundee, Scotland, travelled to the Industrial Design Centre at the Indian Institute of Technology, the Symbiosis Institute of Business Management, and KHOJ International in Mumbai and Pune, India (2015) to present current research. She has travelled through Southern Australia and Tasmania (2015) spending time at SymbioticA.

She is the publisher and contributing writer for an artist monograph titled Permanent Revolution: Istvan Kantor (2014), as well as Glow, Not Gold an artist book of three Canadian animators (Conundrum Press, 2014). Other projects include (im)mobile, an exhibit co-curated with Chantal Molleur, featuring artists Edith Flückiger and Germaine Koh.

In 2016, Bourgeois folded her curatorial work into a new project and founded the IOTA Institute. Since then, Bourgeois has focused on supporting artists, curators, writers and other professionals interested in furthering research in contemporary arts that has a particular focus in technology, science and interventionist practices. Notable projects include the commissioning of web projects in 2017 by artists Liz Solo, J.R. Carpenter and Jennifer Chan, as well as curating the Bio Art Series in 2019 including such artists and scientists as Stelarc, Jennifer Willet, and Andrew Pelling.

Bourgeois completed a BFA at the Nova Scotia College of Art and Design (2001), and an MA from the Centre for Curatorial Studies at Bard College (2009) and is currently based in Nova Scotia, Canada where she has worked as Program Officer for Arts Nova Scotia, and is presently IOTA Institute/Studio Gallery’s Artistic Director.