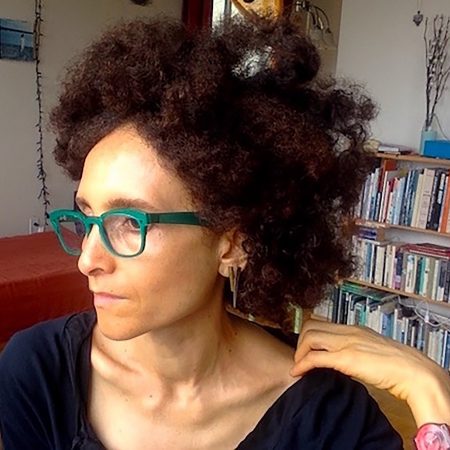 The Guyanese-born Canadian artist Lucie Chan teaches at ECUAD. She holds a BFA with distinction from ACAD University and a MFA from NSCAD University with a specialization in drawing. She has shown nationally in various group and solo exhibitions as well as been artist–in-resident in places such as ARTerra in Lobão da Beira, Portugal; the Ross Creek Center for the Arts in Canning, Nova Scotia; Banff Center for the Arts in Banff, Alberta; Museum London in London, Ontario; the Art Gallery of Nova Scotia and Mount Saint Vincent University Art Gallery in Halifax, Nova Scotia; and the Foreman Art Gallery in Sherbrooke, Quebec. She has been the recipient of numerous provincial and national grants as well as been long-listed twice for the Sobey Art Award (2005, 2010).

Her drawing-based installation and animation practice focuses on such themes as cultural confusion, the transient nature of human connections, and shape-shifting identity. In her art practice, she often works one on one with various members of the public to create a diverse range of works inspired by their stories. Currently, her qualitative research informs her practice through the interviews she conducts with people she meets about their personal histories, revealing narratives that touch on their need for a sense of belonging, and their individual contributions towards defining their place in this world.