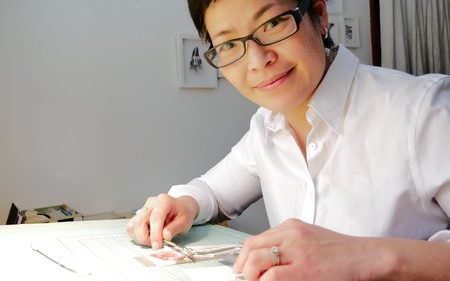 Growing up in a tiny fishing village in Tawian surrounded with a rich heritage of native culture and natural beauty, I-Chun became sensitive to vibrant colours and texture at an early age. An honors graduate in Textile Design from the New Brunswick College of Craft and Design in 1994, she began her career in the fibre arts weaving scarves and shawls using yarn that she dyed in the traditional Japanese wrap dyeing technique known as IKAT. Between 1992 and 1997 she received numerous grants and awards. In 2013, after a 15 year hiatus from art making while raising her children, she set-up a home studio to combine her weaving skills with her creative thoughts to push the boundaries of textile art.