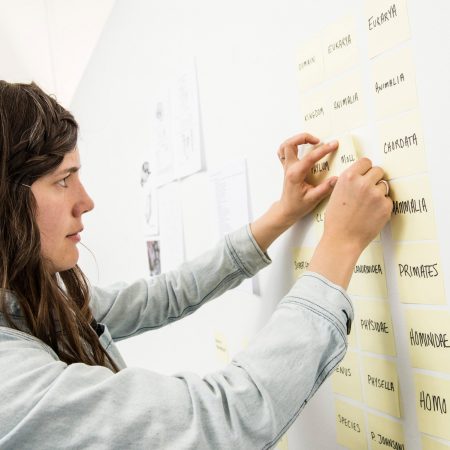 Anne Macmillan is an artist from Nova Scotia, Canada whose work looks at structures of knowing and the effects of observation upon both the subject and object under investigation. Working with digital moving image or data, she combines analytical methods that track, trace, sort and list subject matter, with more poetic or ambiguous approaches of knowing.

On a Fulbright scholarship she studied in the Graduate program of Art, Culture and Technology at the Massachusetts Institute of Technology (MIT). She completed her undergraduate studies at NSCAD University. She worked for five years at NSCAD as a multimedia technician.

She is the recipient of the inaugural Emerging Atlantic Artist in Residency award which includes a funded two month residency at the Banff Centre for Arts and Creativity and a month long national speaking tour. This program is in partnership with the Hnatyshyn Foundation and funded through the support of the Harrison McCain Foundation. In 2016 she received the Canada Council International artist residency award to study at Cité Internationale Des Arts in Paris, France. Her work as been supported by creation grants from the Canada Council for the Arts, Arts Nova Scotia, and the Council for the Arts at MIT. Her work is reviewed in the Spring 2017 issue of Canadian Art Magazine.